After San Marino, the next target on our micronation road trip was the country of Leichtenstein. However, driving there directly would take almost 8 hours, so we picked an appealing half way point to stop over on the way – Bergamo, Italy: 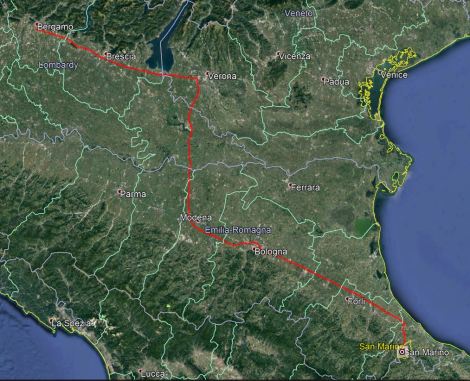 Driving through the more modern outskirts of town toward the fortified Città Alta (Upper Town), where we’d spend our time: 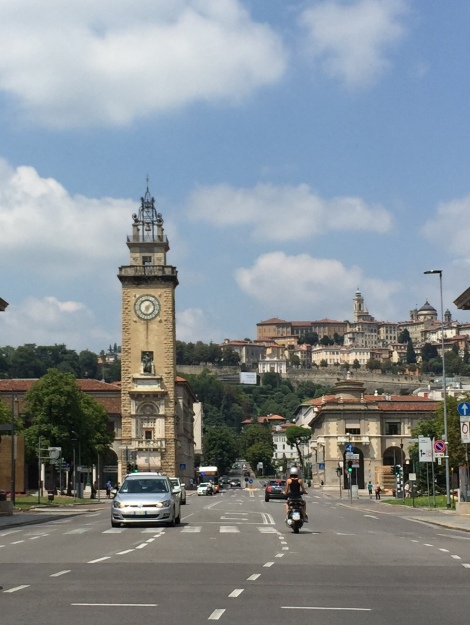 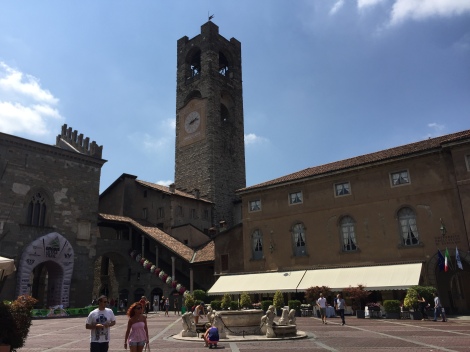 The piazza’s 1780 Contarini fountain, where you can still refill your water bottles with potable water flowing from the sphynx’s mouths: 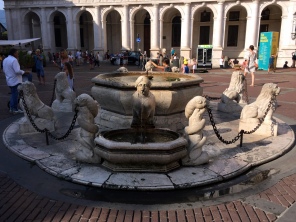 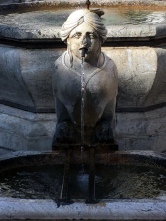 On one side of the piazza lies the Venetion-styled Palazzo Nuovo (New Palace), which served as Bergamo’s Town Hall until 1873: 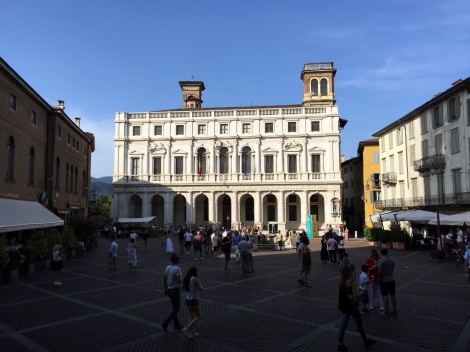 On the other lies the Palazzo della Ragione, the oldest municipal seat in Lombardy, with the Venetion lion still over the door from when Bergamo was part of the independent Venetion empire: 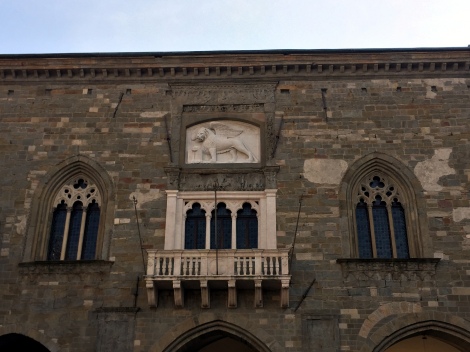 Just beyond is the Basilica di Santa Maria Maggiore, built starting in 1137 in fulfillment of a promise by the townspeople to dedicate a church to Mary if she helped them avoid the plague in the early years of the 1100s: 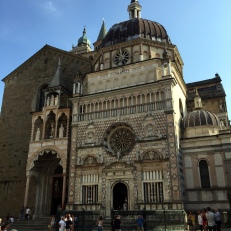 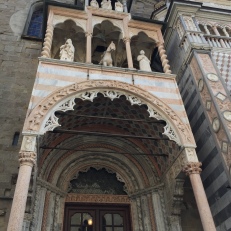 Down the street lies the Torre Dell’Orologio (Clock Tower) that serves as the gateway into town through the town’s citadel, dating to 1355: 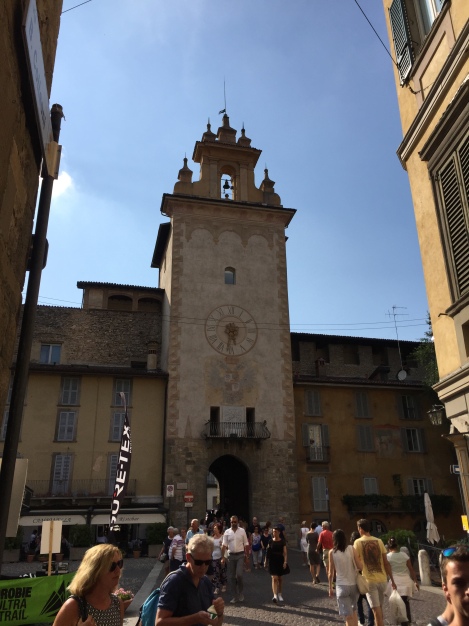 A climb up from town in the opposite direction brought us to Rocca of Bergamo (the Fortress of Bergamo): 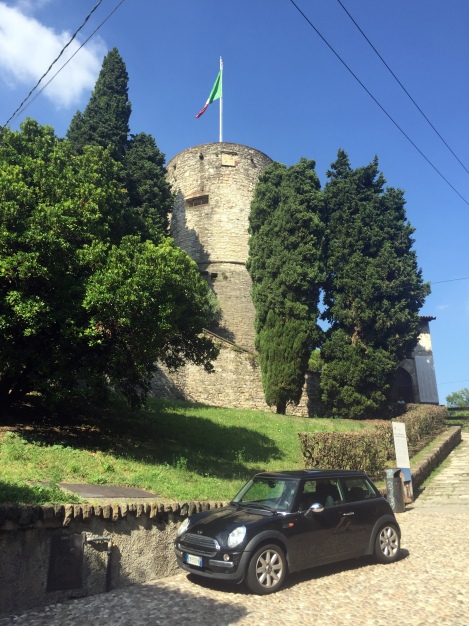 On one side of the fortress are great views of the medieval skyline of Bergamo’s Città Alta: 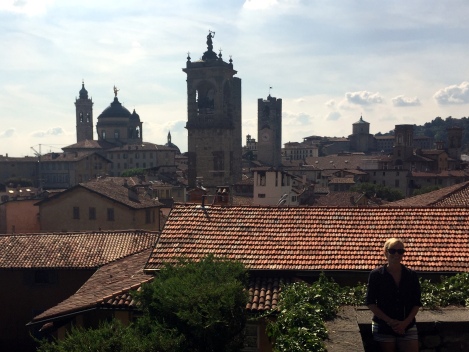 On the other are views to the valley below, as captured by this mighty cool panorama:

The grounds of the fortress now serves as a site for Italian war memorials: 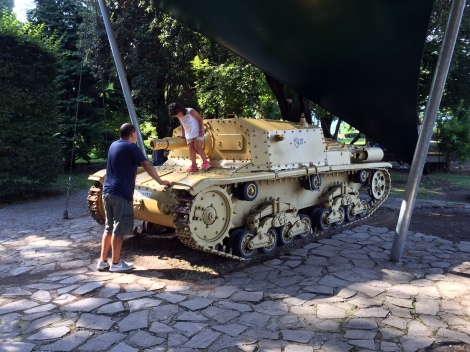 Our cool design hotel, abutting the Gombito Tower, built in 1200 as a symbol of power of one of the feuding families in town (a la San Gimignano, experienced during our bike trip through Tuscany). It once controlled access to Piazza Vecchia from the roads leading into Città Alta from the valleys below:

Right next to the hotel (near a nice location for an afternoon cigar) lies Bergamo’s last Lavatoio Medievale, a communal wash house built in 1881 to combat sanitation problems that led to a cholera epidemic in the late 1800s. It’s a pretty cool structure with a decorative cast iron roof, and continues to serve as a communal gathering location for locals based on activities during our visit: 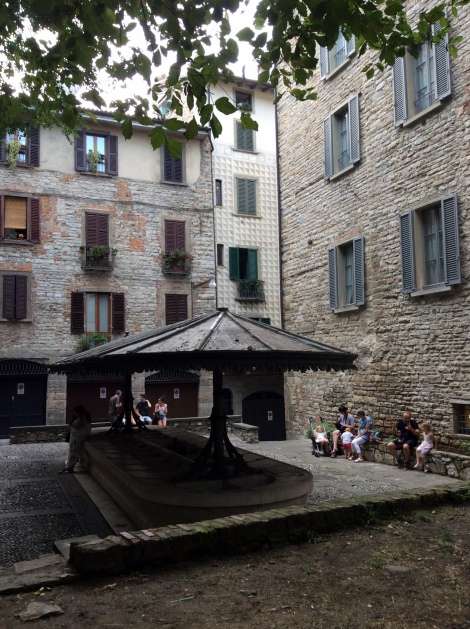 We had dinner outside that evening at a restaurant on Piazza Vecchio and ended up in an extended conversation with the owner, who was interested in hearing about our micronation trip and had some good stories about Bergamo, Lombardy, and San Marino. 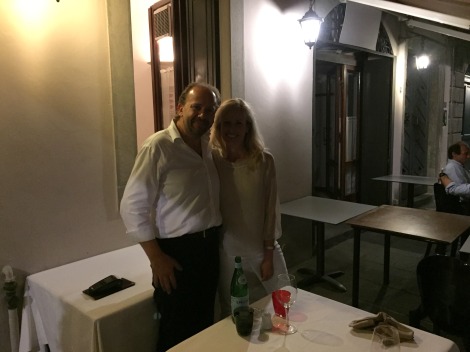 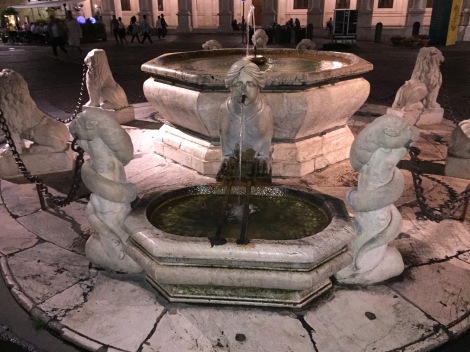 View over to the Camponone bell tower at Piazza Vecchio the next morning from our room . . . 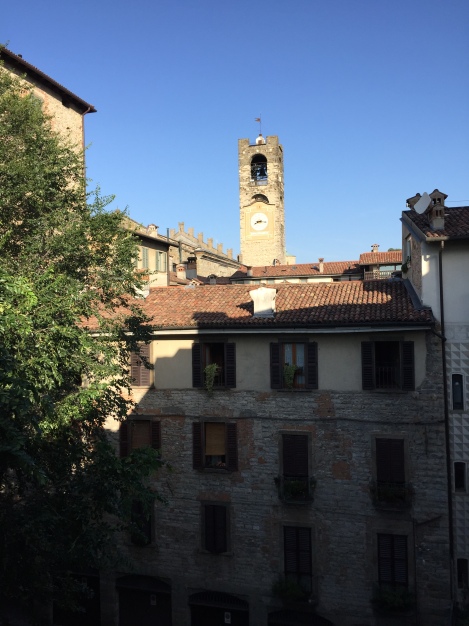 before hitting the road for the drive into the Swiss alps and on to Leichtenstein in the family truckster – our killer diesel Skoda, shown here on the streets of Bergamo: 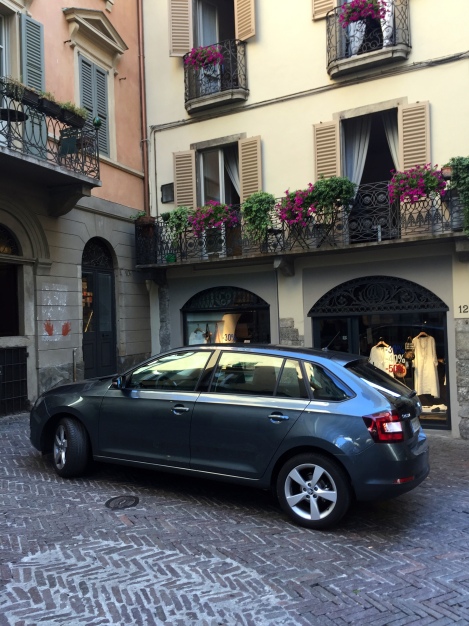