Microstates! The Principality of Liechtenstein 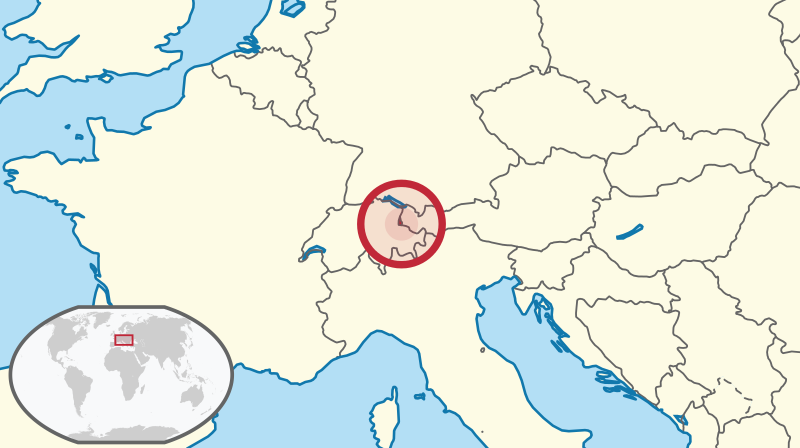 Meanwhile, in Moravia and Austria, the House of Liechtenstein held multiple territories, but all with fealty to lords at one or more levels below the Holy Roman Emperor. Because they did not hold territory that reported directly to the emperor, they were ineligible to hold a seat in the Imperial Diet in Vienna. “Even though several Liechtenstein princes served several Habsburg rulers as close advisers, without any territory held directly from the Imperial throne, they held little power in the Holy Roman Empire.”

“During the early 17th century Karl I of Liechtenstein was made a Fürst (prince) by the Holy Roman Emperor Matthias after siding with him in a political battle. Hans-Adam I was allowed to purchase the minuscule Herrschaft (“Lordship”) of Schellenberg and county of Vaduz (in 1699 and 1712 respectively) from the Hohenems. Tiny Schellenberg and Vaduz had exactly the political status required: no feudal lord other than their comital sovereign and the suzerain Emperor. On 23 January 1718, after the lands had been purchased, Charles VI, Holy Roman Emperor, decreed that Vaduz and Schellenberg were united and elevated the newly formed territory to the dignity of Fürstentum (principality) with the name “Liechtenstein” in honour of “[his] true servant, Anton Florian of Liechtenstein”. It was on this date that Liechtenstein became a sovereign member state of the Holy Roman Empire. It is a testament to the pure political expediency of the purchase that the Princes of Liechtenstein never visited their new principality for almost 100 years.”

Although the principality was part of the Holy Roman Empire and, later, the Austro-Hungarian Empire, and although the House of Liechtenstein was primarily Austrian and Moravian, the county and lordship that became Liechtenstein was more Swiss than Austrian. Its inhabitants spoke (and still speak) Swiss German and had closer economic ties with the Swiss cantons than with Austria. And, like Switzerland, Liechtenstein remained neutral in both world wars.

Why it still exists: Several reasons:

Relative size: Liechtenstein is the second largest of the five European microstates and almost two of the countries could fit inside Nantucket, which is 105 square miles.

Government: Liechtenstein has a constitutional monarch as Head of State, and an elected parliament which enacts the law. It is also a direct democracy, where voters can propose and enact constitutional amendments and legislation independent of the legislature.

With that out of the way, on to the trip.

We traveled north from Bergamo through the Swiss Alps to reach Liechtenstein.

Really beautiful drive – we drove almost continually uphill during the middle portion of the trip and passed a dozen tiny Swiss hamlets and larger villages.

Overlooking a valley in Switzerland between Bergamo and Liechtenstein:

The castle was an omnipresent site from our hotel, which featured a birds nest-like outdoor dining area.

And who knew? Liechtenstein Brauhaus beer!

Amazing day (it was, after all, July 31) and amazing view:

Our destination after lunch – a hike through the woods to the castle:

The castle was originally built in the 12th century, burned in 1499 during the Swabian War by the Swiss Confederacy, improved by the House of Hohenems in the 17th century, and last renovated in the early 20th century by the House of Liechtenstein:

The seat of government in downtown Vaduz, plus a cool manor house spotted while heading back to the hotel:

And at breakfast before heading south (and there’s a difference in an element featured in this picture that’s directly related to the date we were in Liechtenstein):

Three down, two to go!

One thought on “Microstates! The Principality of Liechtenstein”