Microstates! The Principality of Monaco

After cooling our heels in Switzerland, Monaco was the next stop on our microstate tour and the penultimate puny principality that we’d hit. Beautiful day for a visit, as you’ll see below, but we’re definitely not fans – spending a day in the principality revealed an unappealing juxtaposition of moneyed pretentiousness and cruise ship day trippers, earning Monaco the bottom spot on locations visited on the road trip – including both the microstates and our intermediate layover towns.

The black tie casino and Formula 1 racing circuit principality is located between France and the Mediterranean Sea, just a few miles from the Italian border. 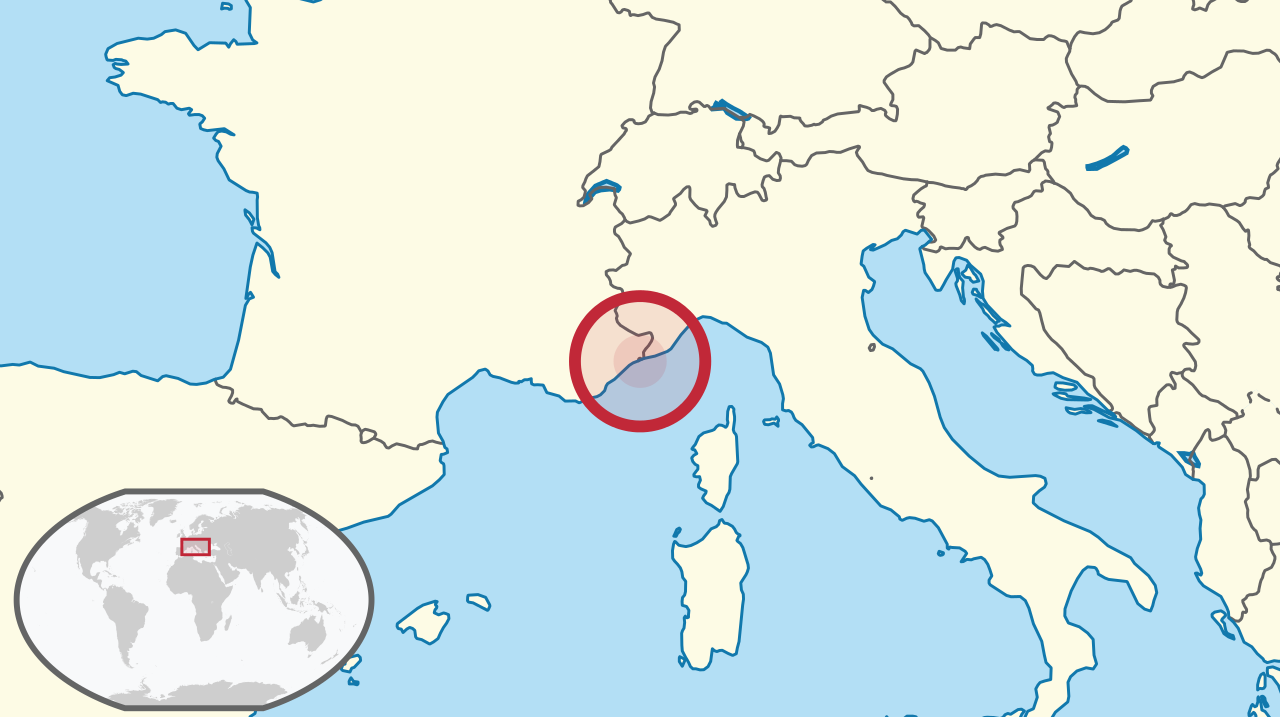 History: We’ll ignore the pre-Roman and Roman past and start with the Holy Roman Empire, which granted the area that became Monaco to Genoa in the 12th century. On June 10, 1215, a detachment of Genoese Ghibellines (foes of the Guelphs, which will matter), began construction of a fortress on a rocky outcrop in what is now Monaco.

The Ghibellines sought to encourage development around the fortress to sustain the military installation and invited other Genoese to migrate to the area. One of the groups to come over was a faction of the Grimaldis, a prominent Guelph family from Genoa. In 1297, the Guelph Grimaldi’s seized control of the Rock of Monaco from the Ghibellines, in the process establishing the Grimaldi dynasty in Monaco. The Grimaldi family has ruled Monaco ever since (with a short intermission under French control during the French Revolution).

Monaco started as a vassal state of Genoa, but ultimately became a city state in its own right. Fending off nearby powerful kingdoms, the principality confirmed its independence from Spain in 1633 and from France in 1641 through the Treaty of Peronne. The principality – still ruled by the Grimaldis – became a protectorate of the Kingdom of Sardinia by the Congress of Vienna in 1815, after Napoleon’s defeat. It regained its independence in 1861 through the Franco-Monegasque Treaty, where France accepted Monaco’s sovereignty, but annexed 95% of the country, leaving just the tiny strip that exists today.

Although initially neutral during WW II, Monaco’s Prince Luis II supported the French. However, many of Monaco’s citizens preferred Benito Mussolini’s fascist Italian state, and in November 1942, Italy invaded Monaco and installed a puppet state. Monaco was liberated in September 1944.

Why it still exists: The House of Grimaldi successfully played Italy, France, and Spain against one another for centuries to retain Monaco’s sovereignty. (Oh, also, Monaco has no mineral resources or arable land, similar to most of the other microstates, so there’s never been a huge incentive by more powerful nations to absorb what remained after France grabbed 95% of the country in the 1800s . . .). In addition to France’s interference above, Monaco’s surrounding neighbor threatened the country again in 1962, when Charles de Gaulle threatened to close Monaco’s border with France and cut off its supply of French francs because French citizens living in Monaco were evading French taxes. Monaco abolished the country’s tax exemption for French citizens and normalcy was resumed.

Relative size: Monaco is the second smallest of the five European microstates, after the State of Vatican City, and is smaller than the National Mall (the evolution of which we described here).

Population: 38,400 – the principality is the most densely populated sovereign state in the world

Government: Monaco is a principality governed as a constitutional monarchy 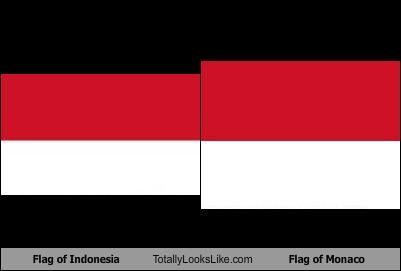 Towards the end of the trip, our drive from Lake Lugano to Monaco placed us along France’s Côte d’Azur.

We had very glamorous expectations of the area, so headed off the highway and onto small coastal roads as we neared Monaco. Huge mistake. The coastal towns were packed with beachgoers and traffic, and we ended up adding a half hour to our trip as a result. We headed back to the highway a few miles from Monaco to finally reach the country.

View of the Principality of Monaco – yup, pretty much all of it – from the French border:

Around town – the place definitely has an unmistakable style to it:

View from the center of the city near the casino and towards the Rock of Monaco and the old town:

Looking up to the Rock of Monaco from the port:

Per the warning, we didn’t proceed in our underwear. We wanted to and were going to, of course – per our usual style – but we thought we’d instead comply with local conventions here.

The bland-looking Prince’s Palace of Monaco:

Remains of the old fortress walls:

We were surrounded by Euro dudes sporting murses:

New, incredibly pricey residences on Port d Fontvielle on the south side of the Rock, complete with yacht slips (natch):

Monaco’s St. Nicholas Cathedral, built in the 19th century on the site of a church previously built in 1272:

Check out the pool on the first one:

Our overpriced lodging for the day:

There was a lot of “being seenness” that we didn’t really dig, but at least got to observe:

Casino in the evening, preparing itself for our pending visit:

Purloined picture of the casino’s interior, where pictures are prohibited. Nice, but much smaller than we anticipated and rather underwhelming, when it came down to it . . .

Four down; one to go!

2 thoughts on “Microstates! The Principality of Monaco”